As someone who lives in a free country, I truly appreciate the freedom that we have to live, work, and worship in our country. We don’t have to worry about forced into slavery against our will. But sadly so many people are willingly living as a slave … to fear.

One of my main takeaways from leading a team is just how much fear is holding people back — and much worse than I thought. This shows up in many different ways:

Pretty much everything in that list has to do with comparing yourself to others and feeling inferior. Turns out people in lots of lines of work deal with this.

I’m a basketball fan, and fortunately for the last 4 years (until now), my Cavs have been led by LeBron James. During this time, the team when to the NBA Finals all 4 years and won the championship in 2016. LeBron is regarded as the best player in the world, and always seemed to take his game to the next level when it mattered most. 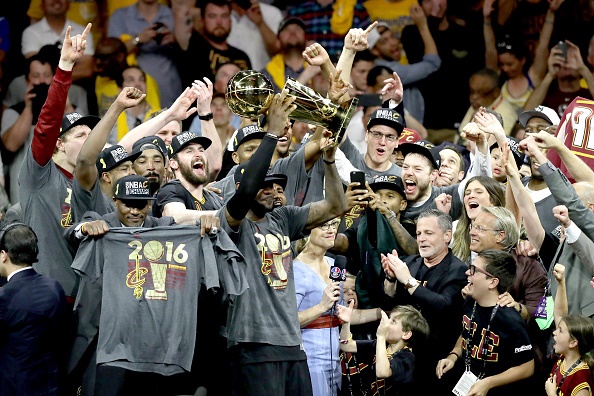 Basketball is a team game, however, with 5 players on the court and 12 players on the team. As great as LeBron was, he couldn’t win without the rest of the team. (In fact, most of the narrative each year was around the “supporting cast” and the contributions they were or weren’t making to the team.)

I wasn’t there, but I’m pretty sure that no one ever went up to Kevin Love, Kyrie Irving, Tristan Thompson, or anyone else on the team and said, “Why can’t you be more like LeBron?” No one expects that from them. People just want them to work to become a slightly better version of themselves each day.

As great as LeBron is, he can’t do all the things that Kyrie Irving can. He can’t do all the things that Kevin Love can. Even if he could, he needs the other 4 players on the court and all of the players coming off the bench. Many games are won because a little used bench player comes in and contributes an unexpected contribution. The bench players got the same championship ring that LeBron got.

Too many of us are afraid to take the next step in our lives, on our teams, or in our career because we don’t think we can be as good as LeBron. But no one is asking you to be like LeBron! I don’t expect that from my team, or from myself. All I want is that individually and collectively we all try to level up and become a slightly better version of ourselves.

Fear is crippling, it makes you miserable, and it affects your ability to succeed. It causes people to tear others down because people fear that other people (on their own team even) might be better than them. This cannot be a fun way to live.

We are sitting on wealth of untapped potential if we would only just push aside our fear and step out. You don’t need to be a slave to fear. What is worst that could happen — do you think you would get fired for trying to get better? Think about that, does that make any sense?

This opposite of fear is freedom – freedom to utilize your talents, make a difference, and be who you were meant to be. Many industries are being disrupted by new technology, but we need a freedom disruption.

I value that freedom so much that I don’t want to be somewhere where I have to give up that freedom. If I do a great job somewhere and I get pushed out because people see me as a threat, because they don’t agree with me, or they feel they just don’t need me anymore, then I will thank them for allowing me to move on to something better without having wasted any more of my time.

You have to figure out what your next steps are and where fear is holding you back. But don’t do it for your boss, do it for yourself, for your team, your family, and your freedom. If you can push past fear to take the next step, you will find that there is more opportunity for you that you could’ve probably imagined.