The open team workspace, once limited to hardcore Agile enthusiasts, is now becoming more mainstream (dare I say trendy). Tall cube walls are being torn down in favor of short walls, folding tables, rolling desks, and any number of other creative setups. But some people are wondering if it’s a good thing.

I’ve been working in open environments for most of the last 8 years now. I had L-shaped desks, folding tables, low cube walls, no cube walls, and everything in between. I’ve been a huge fan of this sort of setup, but I’ve worked with some people who didn’t like it as much. This is what I’ve got now (which I really like): 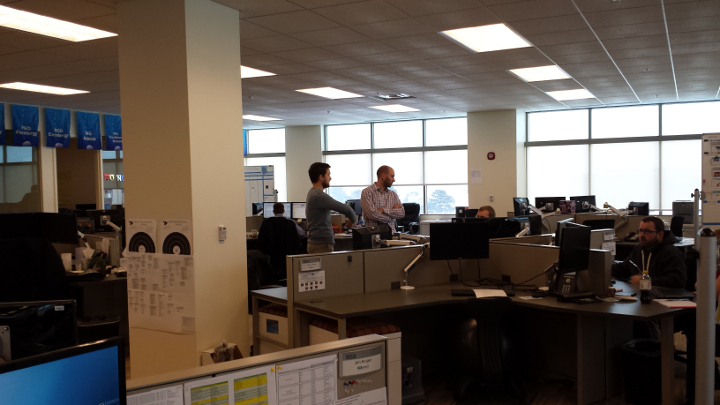 Regardless of whether you like open workspaces or not, there are some things you need to learn in order to work in this sort of environment. If your company has an open floor plan, there are definitely some considerations that you should think about.

The #1 complaint I hear from people who don’t like open workspaces is that it is hard to focus. Sometimes when you’re working on a difficult coding problem, you need solid time to focus on one thing and one thing only. This is really important, but thankfully there are many ways to handle it.

This one is pretty obvious. I often joke that our IT department sounds like the mall food court. We are by far the loudest department in the company (excluding departments where people are on phone most of the day). All of this is good but you need a way to block out the noise.

Everyone in our IT department has a laptop. That means that we can work at our desk, or we can go work in the lunch room, the coffee shop, or at home. We have some docking stations set up with monitors in some rooms where you can work by yourself, or collaborate with your friends. We have conference rooms with big screen TVs and whiteboards. We can draw on the windows with dry erase markers. I’ll often go sit somewhere else in the building, which I like to do if I’m going to work on something that requires a lot of creativity just to get a change of scenery. We have rooms that look like this (no this is not a stock photo): 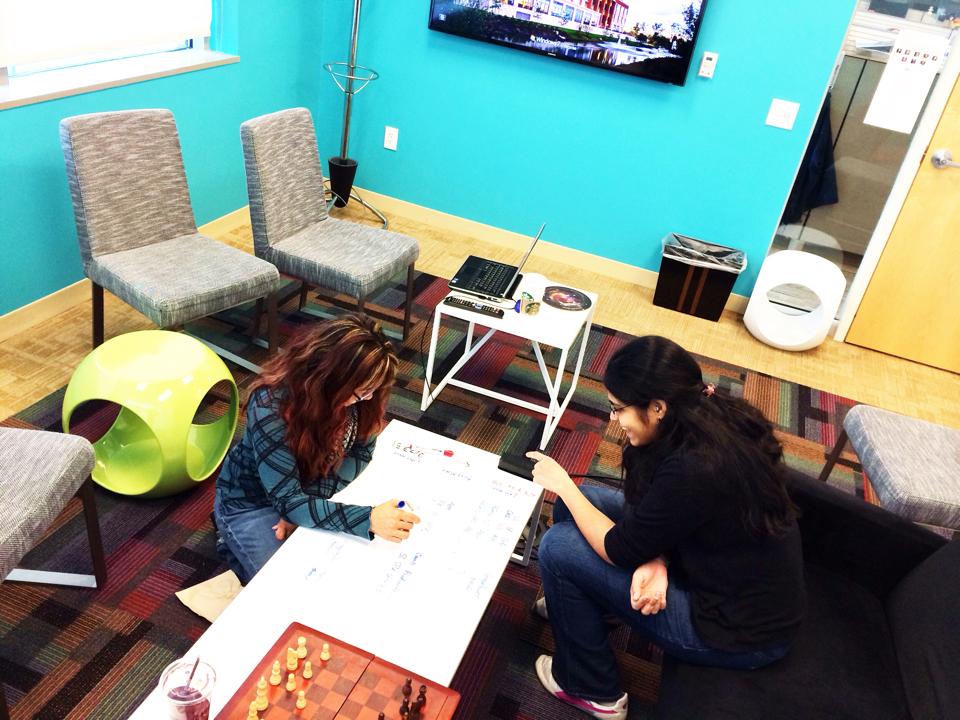 I have young kids, so I tend to get in a little later, leave a little earlier, and work some at night after the kids go to bed. I can kick off a job at night before I go to bed and it’s ready for me to test in the morning. The flexible hours allow me to do some of my work at home when no one can bother me, and I still have plenty of time with the team. It’s the best of both worlds.

Keep teams together… and separate

I love the collaboration, camaradarie, and togetherness that comes with an open work environment. I’m a people person, so I thrive on the energy. Working from home can be nice but I love seeing people every day. I love that I go into work and people ask me how my weekend was.

At the same time, if you’re going to have an open floor plan with several different teams in the same area, you do have to be careful about putting different teams too close together. We have lots of teams in one area, but I’m friends with most of them, so it’s not a big deal. And while our environment is very open, it’s not like we’re crammed onto rows of folding tables like we’re in a computer lab. I still have my own personal space. I like the sound of my teammates talking and collaborating, but the sound of people that you don’t know is like fingernails on the chalkboard. It can drive you insane.

I believe in open work environments because we are solving business problems, and the hardest part of every software project I’ve been on has been not having enough communication. Sure, there are difficult technical problems, but those are best solved in the context of the team, even though much of the actual work is done individually. Tall cube walls tend to decrease communication when we usually need to increase communication. In an open environment, the communication barriers are broken down (literally), but I still have ways that I can get away and focus.

We need to remember that people are all very different. What’s good for one person may not be preferable to another, and we need to be aware of that.